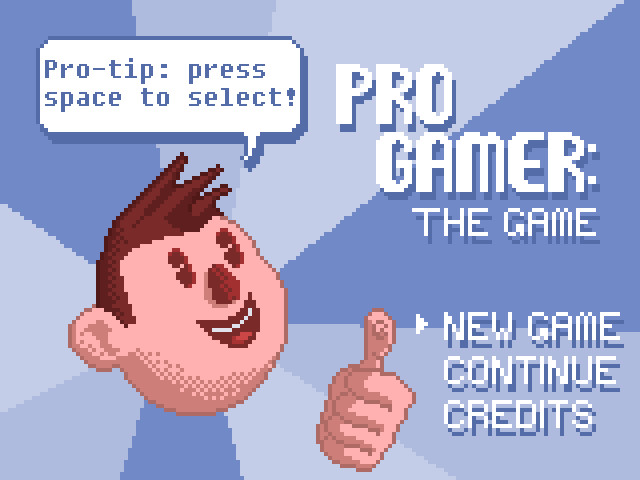 “Pro Gamer: The Game” is a game that I developed with my friends at Catavento for the Dev Island, a game jam that happened during the Brasil Independent Game Festival (BIG Festival) in 2012.

The game is a collection of minigames that draws inspiration from the WarioWare series. In it, you control a professional gamer that must pursue better scores to earn more money to improve his gaming setup and, ultimately, claim the title of best pro gamer in the world.

For this jam there were a lot of restrictions that we had to deal with, mainly the short time limit of 24 hours to finish the project. We went for a collection of minigames as a way to better use everyone in our group as the minigame development could be easily paralellized. I ended up taking care of programming the core of the game and some basic minigame mechanics while other members of the team developed minigames. The theme was born out of an inside joke and is an overall parody of gaming culture.

Probably due to the “meta” theme, this game was briefly mentioned in the gaming media: