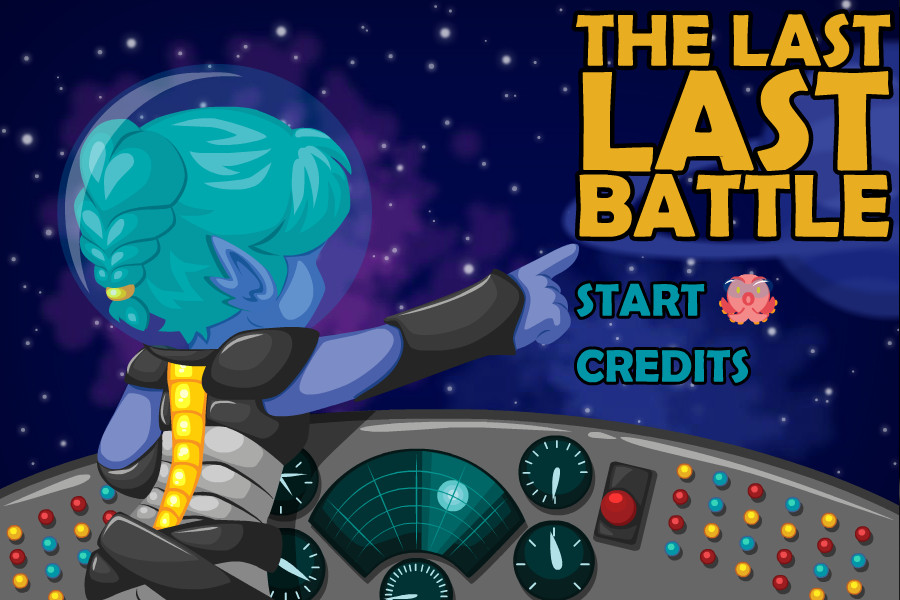 “The Last Last Battle” is a game that I developed with my friends at Catavento for the SPJam 2013 (a local game jam that used to happen in São Paulo, Brazil).

The game is an endless shoot ‘em up in which you fight against a villain that always comes back after being defeated, revealing his “final form”.

The game jam theme was “Plot Twist” and we linked that with a trope that frequently shows up in anime and videogames: the endless cycle of villain transformations that increase their power right after they were thought to be defeated. In addition to it, I had been prototyping with some ideas for shmups and bullet patterns so, after I showed what I had been working on, we ended up going in that direction for the main game mechanic.